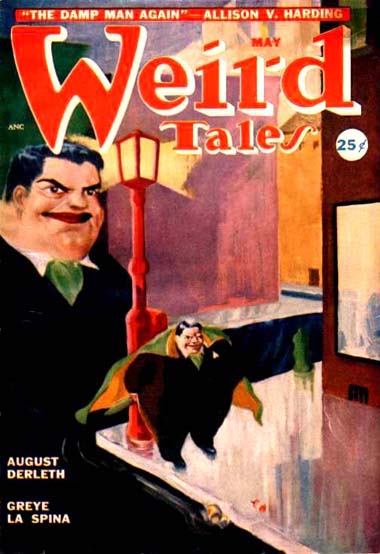 The previous installment of Stories From the Borderland examined “The Cactus,” a tale by Mildred Johnson, an enigmatic female author who published only two known stories, both in Weird Tales. This week the author of our featured selection is another mysterious byline from Weird Tales. Allison V. Harding was not only the magazine’s most prolific contributing female author: she was its tenth most prolific contributor altogether, well ahead of many of the magazine’s better known male authors such as Ray Bradbury or Frank Belknap Long. And though we know much more about Harding than Mildred Johnson, she remains in many ways even more enigmatic. She may in fact be The Unique Magazine’s most enigmatic author of all, and its most enduring mystery. END_OF_DOCUMENT_TOKEN_TO_BE_REPLACED